“Where can I get a good burger?” The question we’ve all asked implies a multitude of requirements – high-quality, reasonably priced, made to order with a choice of fresh toppings and isn’t from a run-of-the-mill fast-food drive thru. On the surface that might rule out Five Guys, but some of the best gems can be found in plain sight. They use fresh, never frozen beef for their burgers and allow unlimited toppings to be added for free. Five Guys also serves freshly-cut french fries and has free peanuts in every location. Throw in one of their handspun milkshakes with a variety of mix-ins, and you’ve got yourself a mighty fine burger.

A staple of Patriot Place since 2008, Five Guys was founded in 1986 from the advice of a mother to her four children, “Start a business or go to college.” Those words sparked the beginning of the business, a carry-out burger joint in Arlington, VA. A fifth brother was born and, as their family grew, so did their business. They expanded, opening 5 other locations in Washington D.C. and quickly gained a cult-like following. In 2003, Five Guys sold options for more than 300 units, and their resounding success from once a small local restaurant was captured in headlines nationwide. 30 years later, Five Guys has almost 1,700 locations worldwide and another 1,500 in development.

The core of Five Guys’ menu is centered on hamburgers made using fresh, never frozen, ground beef – in fact they don’t have freezers in their locations, only coolers. Finish off your freshly made burger with American cheese, applewood-smoked bacon and a choice of 15 different toppings at no additional charge to customize your meal. Five Guys uses buns that are sweeter and “eggier” than typical hamburger buns for a more balanced flavor. Fresh-cut french fries are cooked with pure peanut oil, available salted in “Five Guys style” or seasoned “Cajun style.” A cool specialty of Five Guys is their free peanuts. As you wait for your burger, you can enjoy fresh peanuts in a basket. 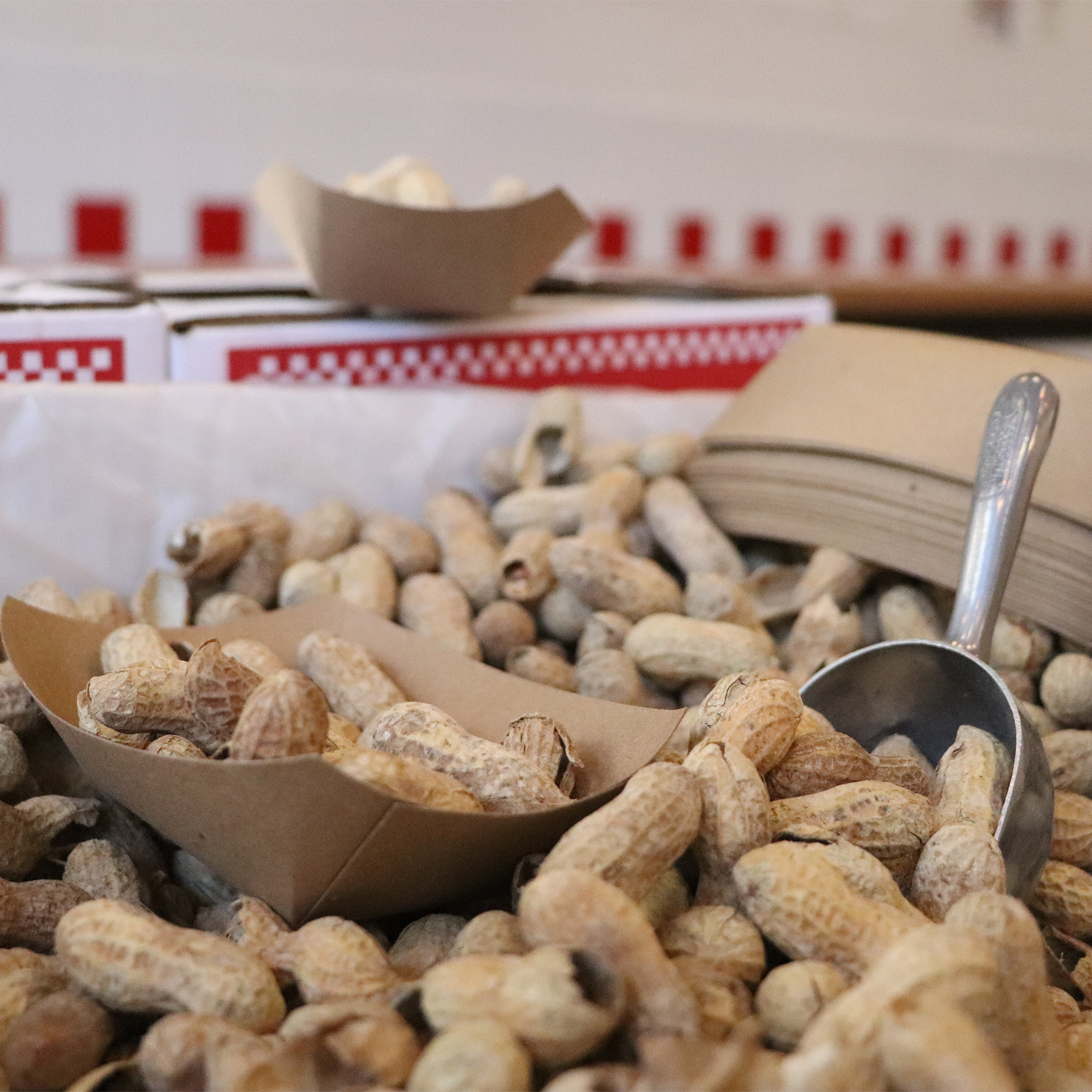 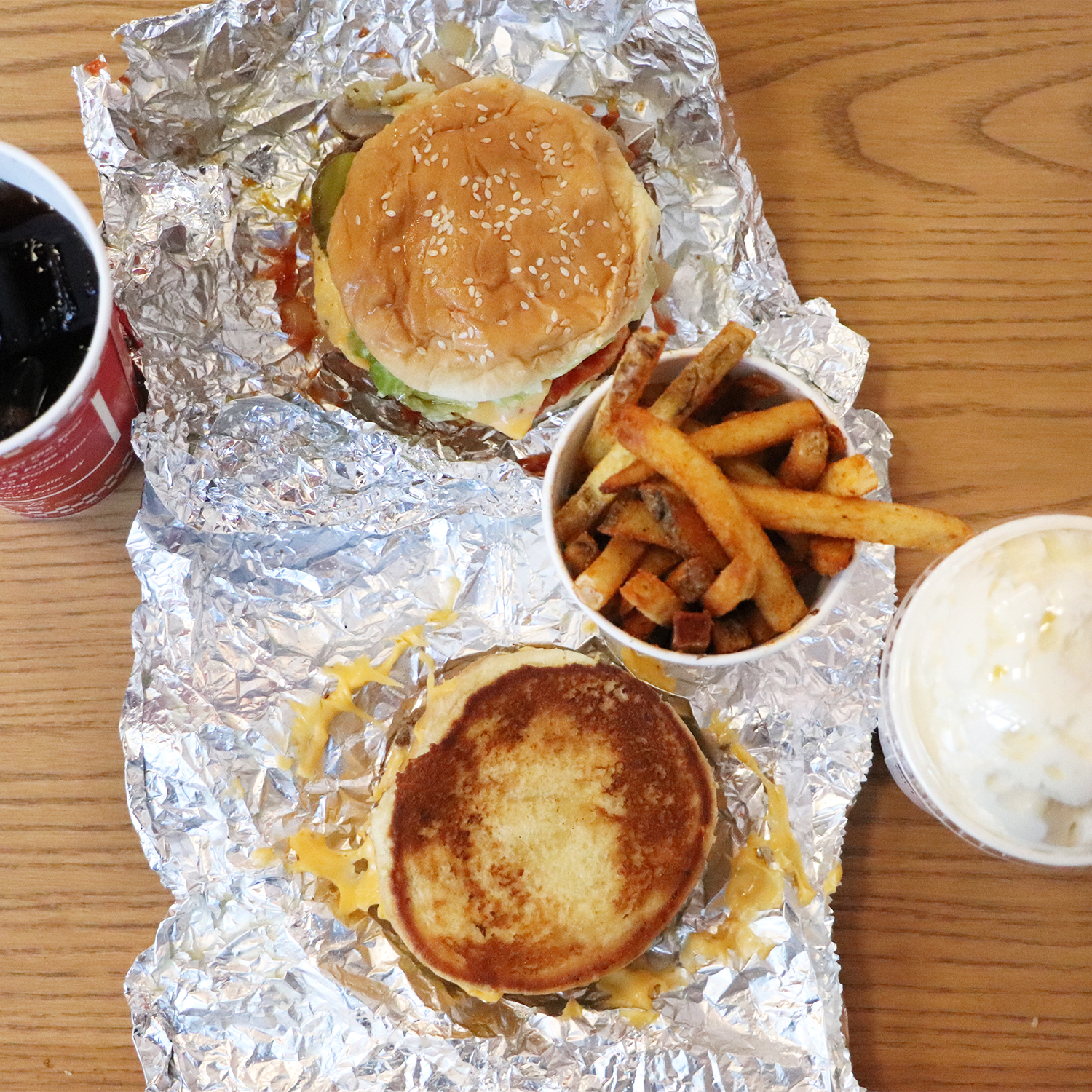 Thanks to social media, the “secret menu” double grilled cheeseburger has gone viral and grown in popularity from TikTok reviewers. Consisting of two grilled cheese sandwiches with a double meat patty and even more melted American cheese layered in between, it’s a match made in comfort food heaven. All Five Guys milkshakes feature a hand-spun vanilla base and consist of a few simple ingredients:  milk, nonfat milk, sugar, whey and your choice of mix-ins. The customization options are hard to beat, from bananas to bacon, Oreo cookies, chocolate, Reese’s cups, malted milk, salted caramel, strawberries and fan favorite peanut butter, mix and match to create your own concoction. Learn more about how Five Guys is made by browsing their menu. A pioneer of the “fast casual” style, Five Guys is open daily for walk-in or order online. Visit Five Guys this week January 20 – 26 and check in on the Advantage App for a chance to win a $100 Five Guys gift card!